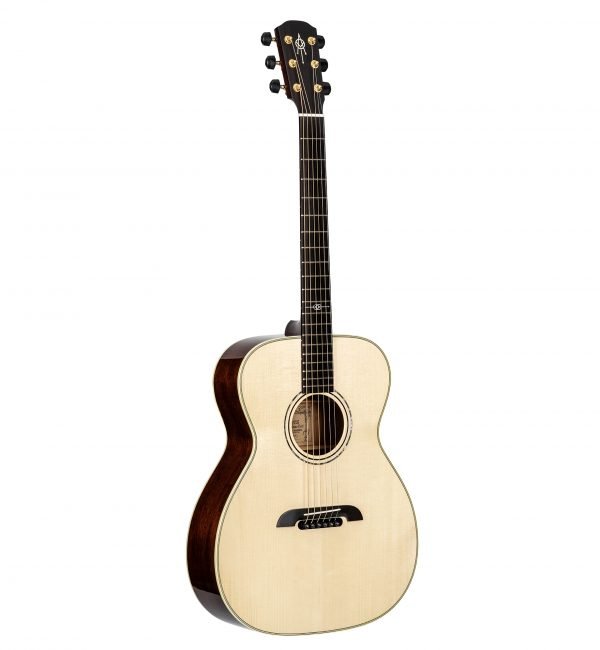 Please fill out your Name & Phone Number in the Notes field.
Each Raffle ticket is $45.00.  You may purchase as many tickets as you would like.  All proceeds help support Sewanee’s community businesses during the Pandemic via the #PayItForwardSewanee General Fund at www.sewaneevillage.com.
or call: (931) 463-2400

This magical line of guitars came about almost by accident. As we were detailing the specs of a guitar we were making for a wonderful player called Jack Pearson. It was thought that Adirondack spruce paired with Honduran mahogany would be the best combination needed for the artist’s tonal requests.

Mr. Yairi amassed an incredible amount of tonewood throughout his life and although most is in or around the factory, some was stored on a piece of land he owned some miles away. We would go and see the wood on every trip, it became a ritual after lunch, but because most of it had darkened due to the elements we were never sure what all of it was. Looking back now I sometimes think he may have been thinking, ‘One day they will realise what is in here’.

Well that day came, and what we found in terms of tonewood, was pure gold. Perfectly conditioned billets of old growth Honduran mahogany that had been naturally seasoning for around 50 years…unbelievable.

Had we not discussed Honduran for Jack’s guitar and started the conversation at the factory that lead us to believing there was Honduran on the land, we may have never known it was there. This series celebrates this amazing wood, arguably the best tonewood of all, and it also celebrates Mr. Yairi’s lifelong (and beyond) commitment to his art.

The Mahogany has been paired with AAAA Adirondack spruce and an OM model is available in all solid Honduran. Sonically they’re incredibly full and powerful with huge clear bass and mids. They’re almost intuitive in the way they respond and draw the player in and then take them away. You will lose hours in your day playing one of these amazing instruments.

This FYM60HD OM is an incredibly lively guitar with a rich voice and powerful voice for its size. The OM body shape made with such great tonewood delivers almost perfect balance and immediate response.

The guitar itself is very light in weight due to the quality of the wood and thin finish; you feel it resonating as it instantly responds to your requests. Its projection is open and its volume is excellent. Being a Yairi it’s intonation is incredible and the all round spec of the guitar is of the highest level with the amazing Gotoh 510 tuners and ebony bridge, fingerboard and headstock veneer.

Honduran Series are some of the best guitars Alvarez-Yairi have ever made and offer incredible value for such highly specified, inspiring handmade instruments.